BRIEF HISTORY OF ST JOSEPH’S
The first Mass in Nambour was celebrated by Fr Fouhy in Carroll’s Hotel, on Showground Hill in 1877. At this time there was no priest stationed between Brisbane and Gympie and Mass was only celebrated three or four times a year, when Frs Canali and Kercher made visits to Nambour, travelling on horseback.

In the late 1800s came Fr M J McKiernan, whose zeal and enthusiasm prompted Mr T Currie to donate five acres of land (the present site) for church purposes. The land was purchased for ₤30 and timber to build obtained from the property of Mr Paddy King and cut at Lowes Sawmill. The church was 40ft by 20ft and cost ₤40 to build in 1890. At this time a much larger parish extended from Caboolture to Eumundi. In 1919 Fr Wright arrived to take charge of the new parish of Maroochy, but it was not until 1921 that Nambour was a separate parish from Caboolture.
Many priests were involved in the development of the Parish during its earliest years.

In 1949 the existing church in a state of disrepair was not able to accommodate the influx of parishioners. Plans were made for the building of the present church. The Foundation stone was blessed and laid by His Grace, Archbishop Duhig in April 1950 and later opened in July 1951. The cost of the building and furnishings was ₤24,000.

Fr Francis Hefferan was Parish Priest from the early 1950s to 1995. Separation of the Nambour and Maroochydore Parish into two separate groups took place on January 1st, 1971.
​
Fr Dudley McMahon became Parish Priest in mid 1995 until mid 2000, when Fr Graham Gatehouse was installed. Renovations to the existing church were completed in 2000, the dedication ceremony being held on 4th June 2000 with Archbishop John A Bathersby. The old Presbytery which was once used as the Priest’s quarters and office, housekeepers quarters, and later as parish offices and meeting rooms was demolished in December 2007, to make way for a new Parish Community Centre. The new Community Centre was opened and blessed on Sunday August 17th, 2008 by Bishop Brian V Finnigan. 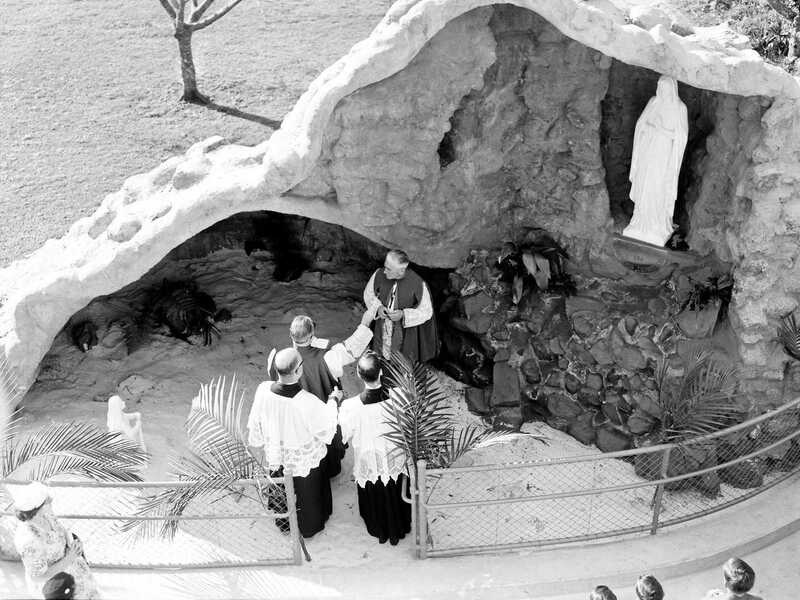 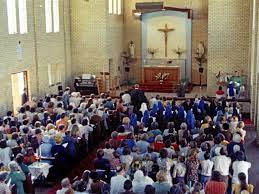 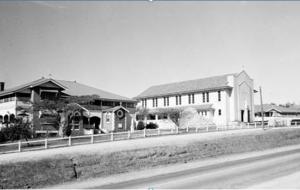 Click on images above to view larger version
BRIEF HISTORY OF ST JOHN BOSCO CHURCH KENILWORTH
The new Roman Catholic Church was opened and blessed on Sunday by Archbishop Duhig, who was assisted by the Rev. Dr. Doody Nambour. There was a large gathering, and cash donations amounted to about £100. Several donations for furnishings also were received. The building is situated on a hill overlooking the town, and the site was donated by the late Mr. Christy Sharry. The total cost of the church and furnishings was a little over £600. The Indebtedness is about £400. Luncheon was provided in the public hall, where the Rev. Dr. Doody welcomed his Grace, and was supported by Messrs. K. Cameron and P. Sharry. (The Courier Mail 13 April 1938)


KENILWORTH CATHOLIC COMMUNITY FROM THE EARLY DAYS TO THE PRESENT